Serina Therapeutics is located at the HudsonAlpha Institute for Biotechnology

Serina Therapeutics is developing proprietary drugs to treat neurological diseases, cancer and pain. In addition, we are partnering the POZ™ platform to develop pharmaceuticals for other companies – which include antibody drug conjugates, proteins and small molecules. The POZ drug conjugate platform is broad, customizable and versatile, and can be dosed via IV,   SC or IM routes.

*SER-214 is a first-in-class drug for two major dopamine-responsive disorders. Click the blue circles above to learn more about SER-214.

Parkinson’s disease (PD) is a chronic, progressive neurological disorder that results from a deficiency of dopamine in a specialized region of the brain known as the substantia nigra. As many as ten million people worldwide may be affected by the disease. Current treatments for PD often need to be individually titrated in patients, with many patients taking their drugs several times a day. None of these therapies deliver the drug continuously to replace the deficiency of dopamine in the brain. As a result, many of these drugs are complicated by “wearing off” and involuntary motor fluctuation known as dyskinesia.

At Serina, we intend to create a paradigm shift in how PD is treated. SER-214 is a once-weekly subcutaneous injection that has completed Phase Ia in Parkinson’s patients. SER-214 is safe, very well-tolerated and can be delivered in the convenience of your own home – you don’t need a doctor or nurse to deliver it. In 2020 Serina plans to advance SER-214 into a Phase Ib/II trial with early Parkinson’s disease.

Patients with advancing disease frequently develop “off” time – their existing medications simply do not allow them to perform even routine activities. These periods dramatically reduce the quality of life for these patients. At present there are two surgical options for these patients – deep brain stimulation (DBS) and an intestinal catheter delivery system for L-DOPA known as Duopa (AbbVie).

Serina has a new approach to treat “off” time called SER-241 (POZ-apomorphine). Apomorphine is the “holy grail” of dopamine therapy in advanced disease – capable of reversing “off” periods within minutes. But the current formulations are confounded by severe skin reactions, and it must be delivered as a continuous subcutaneous infusion each day. This often requires a health care provider to set it up. We think there is a better way – SER-241 may be delivered as a single injection once a week, just like SER-214. No adverse skin reactions, no need for a doctor or nurse to administer it. We believe it may be possible in the future to get patients with advancing disease off L-DOPA entirely.

SER-214 for early Parkinson’s patients, and SER-241 for more advanced patients, will create a paradigm shift in how patients with Parkinson’s disease may be treated.

APPLICATIONS OF THE POZ PLATFORM

Many drugs, for example those used to treat neurological disorders like Parkinson’s disease, pain and cancer, have narrow therapeutic ranges in which they can work safely and efficaciously. They are often dosed more frequently – resulting in large and frequent fluctuations in drug exposure. Such drugs may have to be monitored and the dose adjusted with greater frequency, and on an individual basis. These fluctuations present clinical, compliance and quality of life challenges for many patients. The POZ™ technology provides greater control in drug loading, and the rate of release of attached drugs can often be more precisely controlled. Thus, drugs with narrow therapeutic windows can be designed to maintain more desirable and stable levels in the blood.

ABILITY TO TARGET CANCER WITH POZ™-POLYMERS

Serina has shown that the POZ™ polymers can be attached to antibodies, and when those polymers are “pay-loaded” with large amounts of cytotoxic agents they can dramatically increase the drug antibody ratio (DAR). We and our partners believe that this will be particularly important when the antigen for the ADC has low cell surface expression.

For an illustration of how this is accomplished, click here.

Both of these approaches may prove to be highly advantageous for the treatment of cancer, but could also be applied to treat other diseases where the release of the attached drug needs to be site specific.

Serina has developed a proprietary clinical candidate called SER-214, a POZ polymer conjugate of the potent dopamine agonist known as rotigotine. When SER-214 is delivered subcutaneously, it provides continuous dopaminergic stimulation and steady-state levels of plasma rotigotine that cannot be achieved by any other approach.

Serina Therapeutics’ Investigational New Drug (IND) application for SER-214 was approved by the FDA for enrollment of Parkinson’s disease patients and we began enrolling patients in January 2016. The study completed enrollment in July 2017. Based upon market research in over 150 practicing neurologists who are experts in movement disorders, we believe SER-214 will be used primarily in de novo onset patients as well as transitioning patients who are experiencing “wearing off” and early dyskinesia. 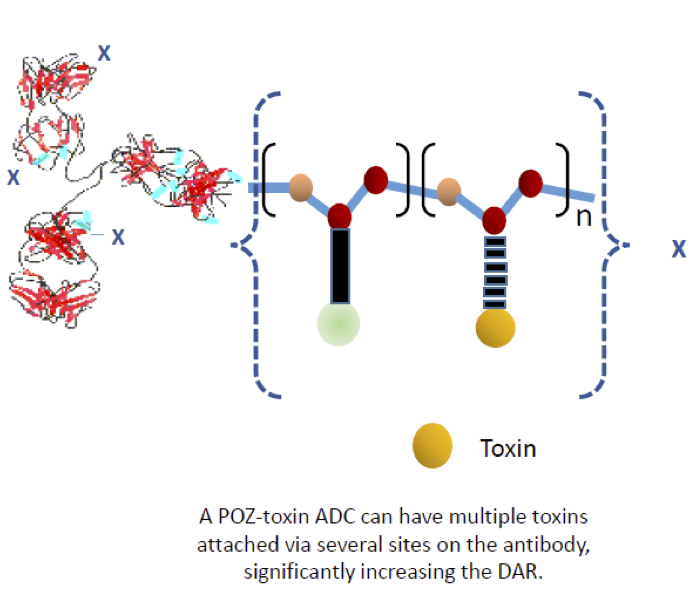